Get instant property alerts for www.thelifestylesteam.com

Get the MoveTo App

Ask us about being professionally MOVED FOR FREE! 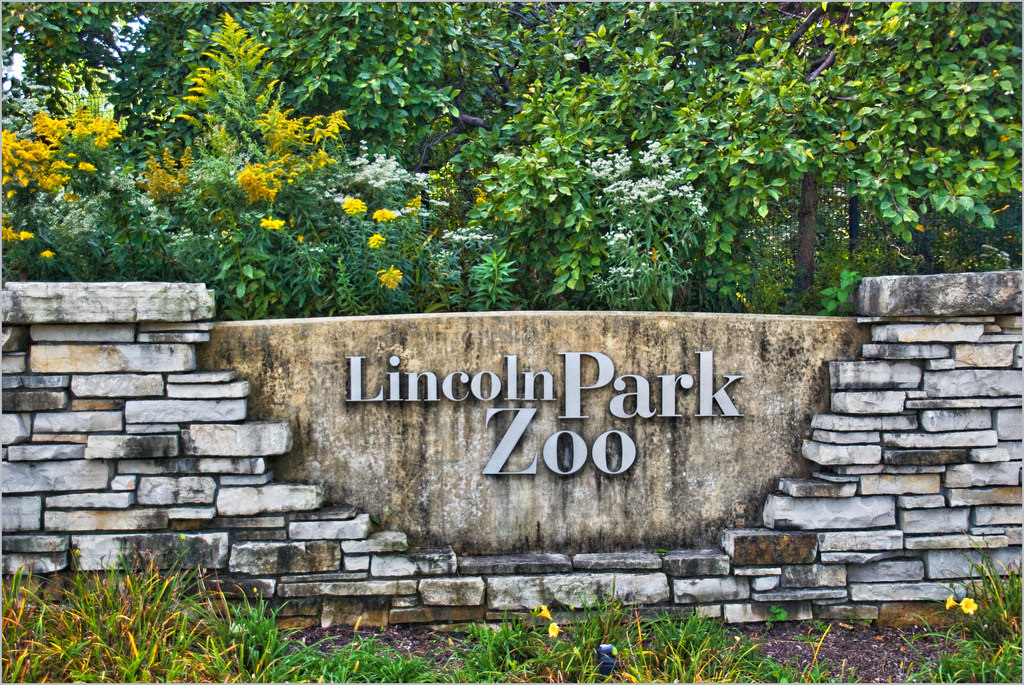 Lincoln Park is located on Chicago's North side. It is bordered on the north by Diversey Parkway, on the west by the Chicago River, on the south by North Avenue, and on the east by Lake Michigan.

The neighborhood contains a large number of upscale national retailers, boutiques, bookstores, restaurants and coffee shops. An Apple Store opened in October 2010, as well as a Lacoste store across the street. There are also many bars and clubs in the area.

A. Finkl & Sons Steel operated on the west side of Lincoln park along an approximately 22-acre lot by the Chicago River for 113 years. The site is now vacant.

Lincoln Park is one of the wealthiest and most expensive communities in which to live. While the average single-family house is priced around $1 million, many homes in the area sell for more than $10 million. In 2007, Forbes magazine named the area between Armitage Avenue, Willow Street, Burling Street, and Orchard Street as the most expensive block in Chicago. 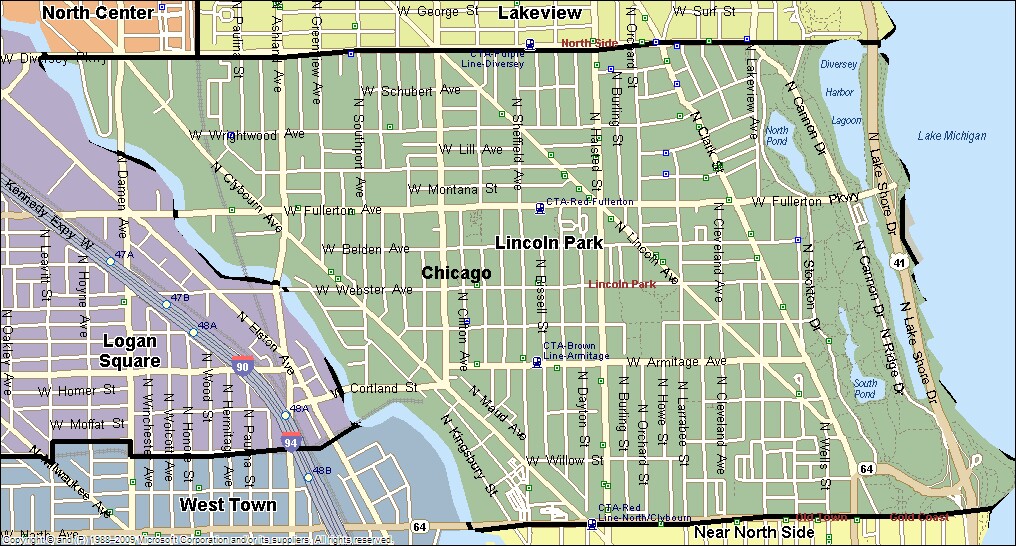 $350,900
3 Beds ⋅ 2 Baths ⋅ SWFL-221070446 MLS
This 3 bedrooms 2 full baths single family house is currently under construction with completion anticipated before the end of January 2023. It has a split floor plan with 1,505 sq. ft. under air and total of 2005 sf. It includes stainless still kitchen appliances, window treatment, high ceilings and a separate in house laundry area. It has city water and sewer. It is in close proximity to PIne Island Road, fine dining, schools, hospital, parks and major roads. it is fully landscaped with driveway and walk way. *Most of the photos are of a similar home after but the last three are for the construction as of 12/3/2022.

$159,700
2 Beds ⋅ 1 Baths ⋅ 222085949 MLS ⋅ Imperial Wilderness BLDG.
Thank you for viewing 169 Panther Pass within the Imperial Wilderness community! This well kept home is ready for your immediate enjoyment! Featuring an open floor plan, a private wooded view, and true pride of ownership, this 2 BR home is not to be missed! Upon entering, you will appreciate a charming bonus room that leads to the spacious eat-in kitchen with plenty of storage and counter space. Natural light and beautiful trees surrounding the area, offering a genuine feeling of relaxation! The gated community has so much to offer: 2 pools with spas, bocce, tennis, pickleball, billiards, a library, fitness room, dog parks, and more! Plus, this fun and active 55+ community has a low HOA fee ($725.93 per quarter), and YOU OWN THE LAND!

$635,000
3 Beds ⋅ 2 Baths ⋅ FTL-R10849823 MLS
Welcome Home to this adorable immaculately kept home in the beautiful Old St. Lucie area. This home is quietly nestled at the end of a dead end street, just minutes away from the newly renovated Sandsprit Park with an ocean access boat launch directly on the inter-coastal, and surrounded by million dollar homes! This open concept home has been upgraded from top to bottom with upgraded windows, roof, flooring, SS appliances, granite counters, accordian shutters, crown and base molding,wainscoting/chair rail accents and built-in cabinets. Home features a circular driveway that will be refinished before closing with a large patio that will also be refinished on an oversized lot with lots of room to park your boat and enjoy your large vinyl fenced-in yard. This home has a large laundry

$529,999
6 Beds ⋅ 4 Baths ⋅ SWFL-222085984 MLS
New construction in great area very tastefully done soaring high ceilings tray ceiling in living area as well as in master bedroom. Very unique duplex makes us feel like more of two homes than a duplex. Come take a look you will not be disappointed

$219,900
4 Beds ⋅ 1 Baths ⋅ MRD11682618 MLS
Beautiful updated 4 bedroom ! attached garage, Hardwood floors through out, brand new kitchen with stainless steel appliances, white cabinets, gorgeous fireplace located in oversized living room with tons of natural light. Large bedrooms on the second floor, 4th bedroom can be used as a bedroom or walk in closet , Washer and dryer is located in the basement with tons of storage space, EASY TO SHOW ! Close to local shops, dining, entertainment and Lake Michigan ! This home has b sen lovingly cared for by the seller ! NOW IS THE TIME TO MAKE THIS YOUR OWN!

$959,000
4 Beds ⋅ 4 Baths ⋅ MRD11673608 MLS
Rustic romance abounds in this utterly magical modern farmhouse at 5 Lake Adalyn! This spectacular, sprawling home-the original farmhouse and iconic "first home" in the highly desirable "The Glen of South Barrington" enclave -is like stepping into a storybook, and now with 4+ bedrooms, 3.1 baths, it's ready for new owners to write the next chapter in its epic saga. Some of the home's vintage charm remains intact, including its cellar that marks the footprint of the original structure (perfect for wine storage!), however, additions and improvements through the years have transformed it for effortless modern living. Situated on a secluded, rambling lot surrounded by mature trees and immaculately landscaped grounds, a sweet garden arch welcomes you up the charming brick paver front walkway and into the home's expansive main level. Off one side of the foyer is the formal living room with brick fireplace, wood beam ceiling, and built-in bookcases, and on the other side, the huge formal dining room and great room beckon, with a grand farmhouse staircase in between the rooms lending an undeniable rustic charm. Atrium doors from the dining room open to the front porch, ideal for indoor/outdoor entertaining, and in the "hunt room," or great room, the stone fireplace, wood beam ceilings, and numerous windows invite the outdoors in the coziest way imaginable! An atrium door from the great room leads to the massive, newly refinished backyard deck, the most perfect setting to bask in the vibrant natural surroundings while dining al fresco. Back inside, the expansive chef's kitchen is steeped in the rich wood details found throughout the home but with modern amenities at every turn, from a Wolf range, Best range hood Sub Zero refrigerator, Wolf double oven, and seemingly endless cabinet storage, to the heated floors, reverse osmosis system, and massive center island with wraparound breakfast bar seating. Elsewhere on the main level is a large half bath, office with half vaulted wood beamed ceiling, skylights, custom-built desk and fireplace, and simply breathtaking three-seasons sunroom with vaulted roof and floor-to-ceiling windows offering picturesque lake views. On the second floor, the original primary bedroom, which features an ensuite bathroom and atrium doors that open to a balcony overlooking the front lawn, has been expanded to include a second, even larger suite-a private oasis with soaring vaulted ceilings, fireplace, and ensuite with double vanities, his-and-hers custom closets, deep soaking tub, and separate shower. Two more large bedrooms (one outfitted with a California closet), a third full bath, and a dedicated laundry room are just around the corner, AND, there's a hidden room off the tandem bedroom ideal for a hobby room or storage, plus another bonus space above the three-car garage (with electric charging station and new epoxy floor). This area has two extra rooms with zoned heating, making it easily used as guest rooms, flex workspace, home theater, gaming suite, music studio, and playroom - the possibilities are endless. Hop in your electric golf cart (included with the home) to zip around this fabled neighborhood's private beach and lakes. Please see Feature Sheet for list of special features, updates and upgrades.

$435,000
4 Beds ⋅ 2 Baths ⋅ SWFL-222084462 MLS
Come check out this spacious 4 Bedroom/2 Bath Pool Home, it is ready for you to make it your own. The master bedroom ensuite offers a soaking tub, separate shower, double vanity and walk in closet. Split floor plan has the additional bedrooms and bath on the other side of the home offering additional privacy. Lots of outdoor sun with a Southern facing backyard and pool. Home has new roof July 2022; A/C 2 months old; The home is near the Burnt Store Rd and Pine Island shopping corridor. Two blocks from Jim Jeffers Park and one of the Cape Coral Charter Schools. Minimal damage during hurricane Ian, seller has already made repairs or is in process of finishing them. (pool screens and some soffit)

The data relating to real estate for sale on this website comes in part from the Broker Reciprocity program of Midwest Real Estate Data LLC. Real Estate listings held by brokerage firms other than our company are marked with the MRED Broker Reciprocity logo or the Broker Reciprocity thumbnail logo (the MRED logo) and detailed information about them includes the names of the listing brokers. Some properties which appear for sale on this website may subsequently have sold and may no longer be available. The accuracy of all information, regardless of source, including but not limited to square footages and lot sizes, is deemed reliable but not guaranteed and should be personally verified through personal inspection by and/or with the appropriate professionals. The information being provided is for consumers personal, non-commercial use and may not be used for any purpose other than to identify prospective properties consumers may be interested in purchasing.

Based on information submitted to the MRED as of . All data is obtained from various sources and has not been, and will not be, verified by broker or MRED. MRED supplied Open House information is subject to change without notice. All information should be independently reviewed and verified for accuracy. Properties may or may not be listed by the office/agent presenting the information.

NOTICE: Many homes contain recording devices, and buyers should be aware they may be recorded during a showing.

The Digital Millennium Copyright Act of 1998, 17 U.S.C. § 512 (the DMCA) provides recourse for copyright owners who believe that material appearing on the Internet infringes their rights under U.S. copyright law. If you believe in good faith that any content or material made available in connection with our website or services infringes your copyright, you (or your agent) may send us a notice requesting that the content or material be removed, or access to it blocked. Notices must be sent in writing by email to DMCAnotice@theMLSGRID.com.

The DMCA requires that your notice of alleged copyright infringement include the following information: (1) description of the copyrighted work that is the subject of claimed infringement; (2) description of the alleged infringing content and information sufficient to permit us to locate the content; (3) contact information for you, including your address, telephone number and email address; (4) a statement by you that you have a good faith belief that the content in the manner complained of is not authorized by the copyright owner, or its agent, or by the operation of any law; (5) a statement by you, signed under penalty of perjury, that the information in the notification is accurate and that you have the authority to enforce the copyrights that are claimed to be infringed; and (6) a physical or electronic signature of the copyright owner or a person authorized to act on the copyright owner’s behalf. Failure to include all of the above information may result in the delay of the processing of your complaint.